Adverse Drug Reaction (ADR) in the treatment of tuberculosis can reduce the quality of life and compliance of patients, long-term treatment has a risk of ADR, to prevent dangerous ADRs need to be monitored properly, the predictors that affect ADR are very important to be sought as an effort to prevent the incidence ADR.

This study was a cross-sectional study conducted on pulmonary tuberculosis patients at the Public Health Center (PKM) of Bantul Regency Yogyakarta, inclusion criteria were patients who received fixed-dose combination tuberculosis (KDT), age> 17 years old, ADR monitoring was carried out since the month of two treatments up to the 6th month by interview method for each control patient to the PKM. Data processing was performed by multinomial regression multivariate tests. 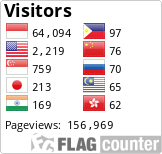