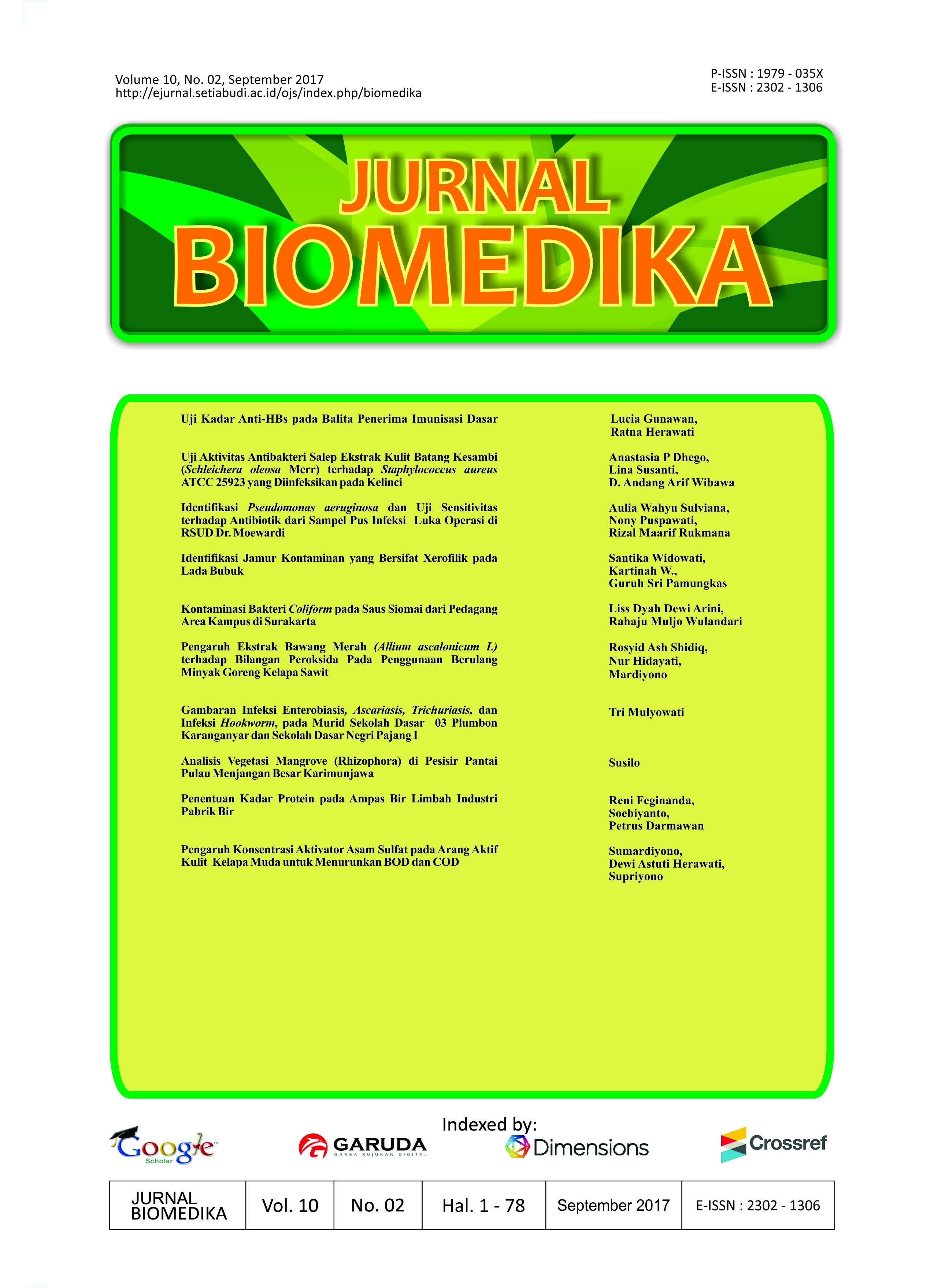 Several articles have been published with different types of themes.

Sampling for this research is done by taking 10 sample sauce from siomai food that's all around campus in Surakarta. Coliform bacterial examination was performed at Biology Laboratory of UNS, Surakarta with the most probable number (MPN) test, Escherichia coli test and gram staining. From the test of Most Probable Number through test of presumption and confirmation of test sample showed positive result of Coliform, from the result of gram staining of bacteria found belonging to class of gram negative bacteria and from biochemical test result of bacteria found in samples including Enterobacter species and Escherichia coli .Test results obtained from all tests do not meet the requirements specified in SNI 01-3546-2004 about the maximum number of total plates while according to the Regulation of the Head of the Food and Drugs Agency of the Republic of Indonesia HK number. 00.06.1.52.401, the maximum limit of most probable number (MPN) coliform in tomato sauce is 100 coloni/g (APIKES Citra Medika of Surakarta).

The results obtained 5 types of mangroves on mangrove tracking stations, and 10 species at Menjangan Besar station. Species that dominate both in Menjangan Besar Island and in Tracking Mangrove are Rhizhopora mucronata, and Rhizhopora stylosa. Other species found in addition to the above two species are Rhizhoporaceriops tagal and Rhizhopora apiculata. The highest value index (INP) for pole level is found in Rhizophora stylosa species with an INP value of 300% in both sites. The pattern of species distribution in the Mangrove Tracking area is uniform (Morosita Dispersion Index 0-4), while in the area of Menjangan Besar Island is clustered (Morosita Dispersion Index 0-8). For the Community Similarity Index ranges from 0% -200% spread over each station at each level, thus it is said that each station at each level of the mangrove community has the same structure between station one with other stations (Muhammadiyah Prof. DR. HAMKA University of Jakarta). 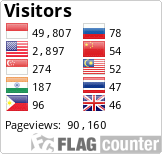